Here are five things that you need to know before heading off the blacktop...

Tyre pressures are a simple numbers game. Are your numbers right? Here are five things that you need to know before heading off the blacktop.

With a thousand articles in a thousand magazines there’s no way you could possibly overstate the importance of not only tyres but the pressures they’re run at. They’re essentially the glue that holds a 4X4 together. Not in the literal sense – that's generally spot welds and actual glue – but in the way that all the other components depend on your tyres performing before they can begin working themselves. Those two fancy new lockers? Useless if the tyres aren’t gripping. Trick new flexy suspension? Garbage if the tyres won’t bite. Impossibly-big-number-claiming exhaust system and performance chip? Yep, you guessed it; if the tyres are letting it all down they’re never going to reach their full potential.

The worst part is, most people won’t ever know the sins they’re committing on their tyres. After all, they follow the simple rules of dropping them in mud or sand. What else is there to worry about?

THE IMPORTANCE OF DROPPING PRESSURES

There are four reasons you’ll need to alter tyre pressures, and they’re the same no matter what terrain you’re driving on. Longevity, damage, ride quality and grip. It’s generally only the last that gets spoken about but it’s only part of the bigger picture. Put simply, dropping your tyre pressures in any terrain will provide more grip, a better ride quality; and more resistance to chips, scrapes and punctures. Drop them too low for the speeds you’re doing and heat becomes a factor – which can seriously affect your tyres’ longevity. It’s a delicate juggling act and one that will require constant attention – but when you know and understand these factors you can begin dialling in your tyre pressures to suit specific terrains.

For example, in high-speed desert and Outback driving you’ll want your pressures dropped low enough to not only help smooth out the rough corrugations but also allow the tyres to soak up sharp stones and rocks you’ll find along the way. Dropping them too low will see excessive heat start to build up and premature tyre failure. On the opposite end of the scale, the low wheel-speeds in mud, sand and rocks will allow you to drop your pressures down even lower to maximise grip without risking heat build-up.

GETTING THEM RIGHT FROM THE START

You’ve probably seen countless guides on what pressures to run for each and every terrain. Run X-psi in the sand, X-psi in the rocks, X-psi in the mud. It’s all very helpful, but irrelevant 99% of the time. Even when you’re heading off for that trip of a lifetime it’s a safe bet that for every 10km off-road you’ll do at least 100km on-road. So how do you know what tyre pressure to run normally?

It’s a little thing called the 4psi rule, and it’s something a lot more of us should be using. Different 4X4s have different weights and different characteristics that make them require different tyre pressures. Put simply, what works in one won’t work in the other, even if they’re the same make and model. The 4psi rule is the pressure change between hot and cold tyres and it couldn’t be simpler if it tried. With your 4X4 in its normal road-going trim and the tyres cold, check the pressures. Then take it for a half-hour run to get the tyres warmed up; and check again. If the pressure has risen by more than 4psi then your starting pressure was too low and should be adjusted up. If it’s risen by less than 4psi your starting pressure was too high and should be adjusted down. You can use this rule to set different pressures front and rear, or even to set pressures when towing or loaded.

SLOW DOWN THERE, TIGER

While they might simply look like large black doughnuts, tyres are actually incredibly complex bits of kit constructed with carefully-planned layers all held together by science. The layers are generally a combination of carbon black, silica, nylon, steel, canvas, silk, cotton, Kevlar, and various types of rubber all chemically bonded together. As the tyre rolls, it deforms (the flat bit on the bottom) – pulling and stretching these layers in the process. This deformation creates heat. The faster the deformation happens, the more heat is generated. Too much heat and the chemical bonds between individual layers begin breaking down until eventual failure. This doesn’t mean you should be scared to drop tyre pressures when off-road. But as a general rule the lower the tyre pressures, the lower your speed needs to be… no matter what terrain you’re on.

Most off-roaders will know that decreasing tyre pressure increases the available grip. But there are a few myths circulating on how this is actually achieved. A common thought is the tyre ‘bags out’ – thus getting wider and putting more tread on the ground. While not completely wrong, it’d definitely get a B– on the test. As a tyre’s pressure is dropped the real difference noticed is in the length of the tread. Draw a circle with a flat bottom and then keep moving that line higher and higher up the circle. Each time it’s moved higher it grows considerably longer. This is where the real increase in grip comes from.

So how much extra tread do you actually get on the ground when dropping pressures? We’ve pulled out the tape measure and tyre gauge to get the actual facts and figures on this 265/75R16 tyre.

Despite the relatively insignificant increase in tyre width, the tyre’s contact patch has increased by nearly 50% by dropping from road pressures down to 16psi. That’s 41.2% more tyre on the track, and 41.2% more grip available. 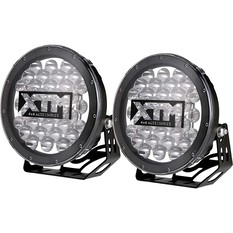 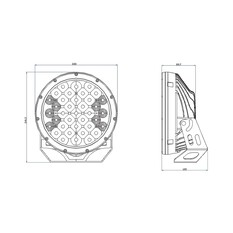 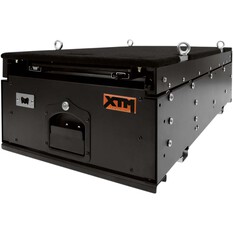 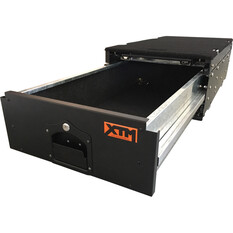 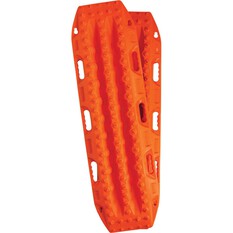 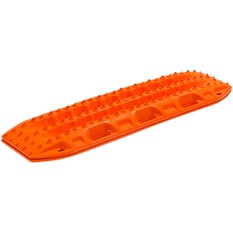 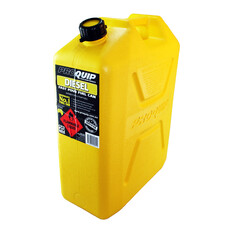 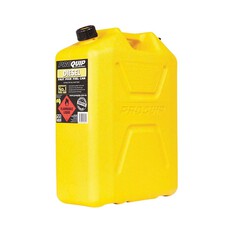