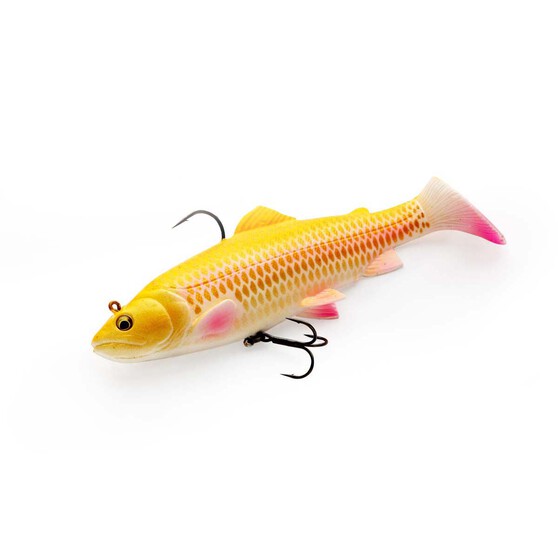 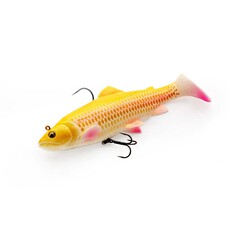 Savage Gear have once again raised the bar in the fishing world with their latest release, the “3D Trout Rattle Shad”. The ultimate lure choice for anglers who subscribe to the theory of “big bait, big fish”. The “3D Trout Rattle Shad” is a 3D scan of an actual trout, making the detail and action as close to the real thing as you could ever get for an artificial presentation. For Australian anglers, trout have an extremely similar profile, and action, to one of the most widely distributed baitfish in both fresh and saltwater, the mullet. Obviously, mullet are quite varied in size, and as such the “3D Trout Rattle Shad” are available in three fish catching models, 12.5cm, 17cm and 20.5cm, so it’s easy for anglers to choose one that perfectly matches the bait in the area and their target species. The “Rattle Shad” sports a large paddle-tail which emits a huge amount of vibration that predatory fish can track down from large distances, as well as having the added option of inserting a glass rattle tube into the purpose built tail slot for additional audible attraction. The “3D Trout Rattle Shad” comes pre-rigged with a fixed single hook that protrudes from the back of the bait as well as having a treble on the underside of the lure. This allows anglers to remove the treble when fishing snaggy areas to avoid hang ups. They come in a number of natural and contrasting colour schemes, so there’s no doubt there will be one for the job. Being such a versatile lure, the “3D Trout Rattle Shad” can be both trolled and casted, responding to all manner of different retrieves. This lure could just as easily catch fish in freshwater impoundments, creeks and rivers as well as headlands, break walls and reef flats in the salt. So, if big fish are on your ‘to-catch’ list, make sure you check out Savage Gears “3D Trout Rattle Shad”, you’ll be amazed at what might turn up for a bite!