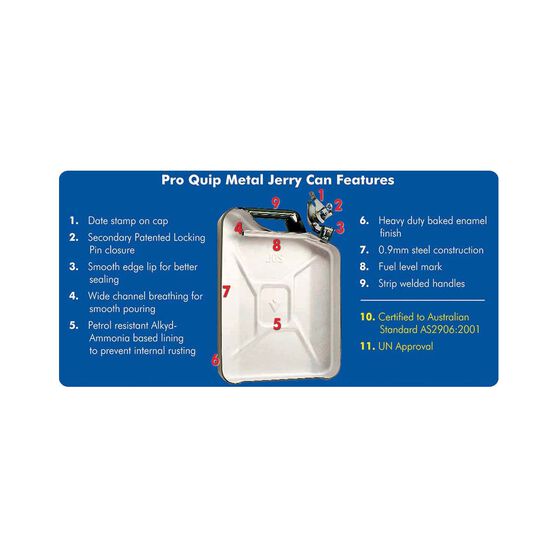 Known the world over as the ‘NATO Can’ due to it being standard issue for NATO Forces and Numerous Military Forces throughout the world, the Pro Quip 20L Metal Jerry Can (Olive Yellow – Diesel) is built tough to withstand the rigours of ‘in-field’ use. Constructed to surpass the testing requirements of Australian Standard AS2906:2001, the Pro Quip Jerry Can goes further and meets the Defence Force Specifications and UN Regulations for the safe transport and storage of Fuel (Dangerous Goods). Sold in Australia for over 40-years, there is no doubt it has stood the test of time. This Metal Jerry Can is as tough as they get. Push on for longer through this magnificent country of ours with a Pro Quip Metal Jerry Can.
Ratings & Reviews