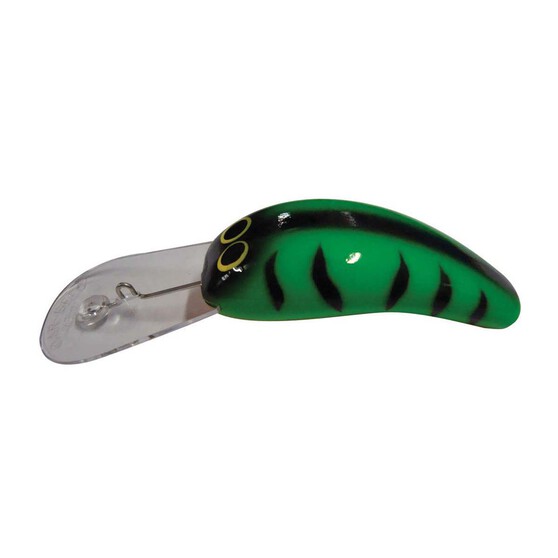 The 60mm, 13-gram Plow is a one-third smaller version of the 75mm Plow, and can be used for either casting or trolling. Target species are Murray cod, golden perch, bass, redfin, trout and some estuary species such as flathead and estuary perch. This lure seems to be irresistible to native species, but they have also been known to catch dusky flathead in the salt.

It can dive to approximately 3.6 metres, and the preferred method of attaching to line is with a loop knot. But if you are going to use a clip, don’t have a swivel attached, as it may get caught up.