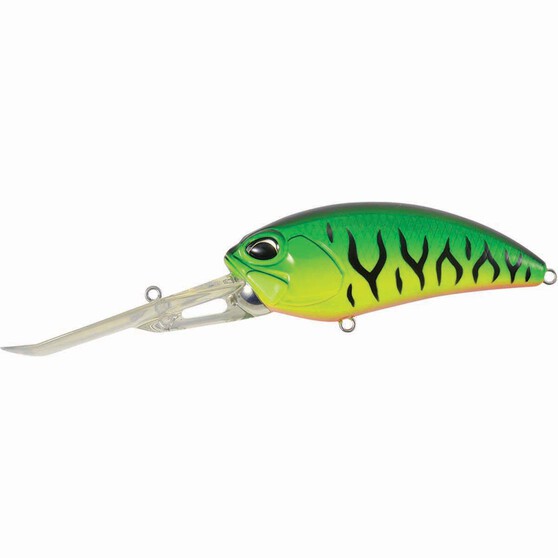 The superior diving ability of the Duo Realis Crank can be attributed to the most advanced weight transfer system in deep diving. The Realis Crank's enlarged magnetic ballast body hides the casting bearing outside the body cavity, where it's held by a magnet made of Neodymium, a material substantially more robust than the usual magnesium.
With the 87mm profile, maintaining the advanced weight transfer system, DUO Realis has issued a new deep diver with a profile desired by many professionals. It is a niche bait that dives between 14 and 16 ft without effort. The Duo Realis Crank successfully incorporates a pronounced yet meandering wobble with low hydro-resistance during the retrieve and is perfect for attracting Murray Cod.