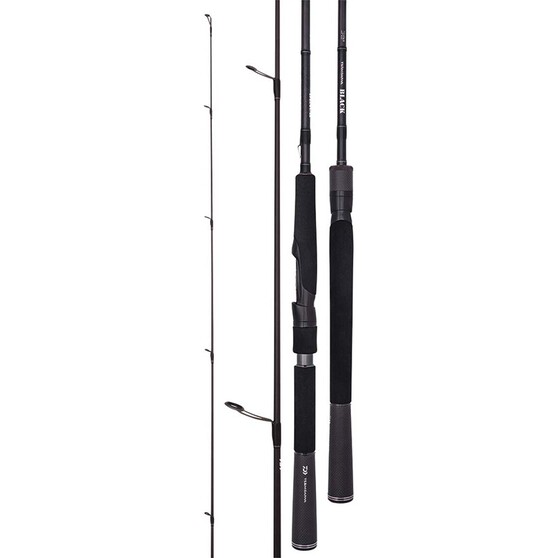 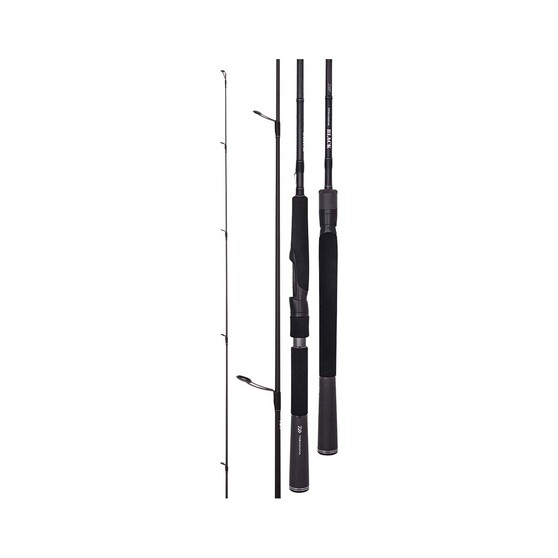 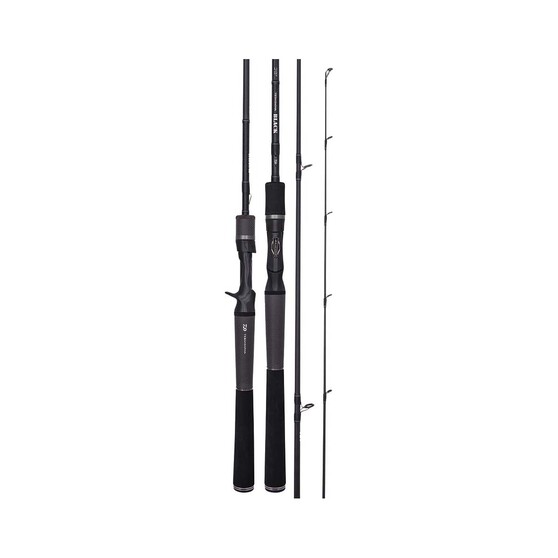 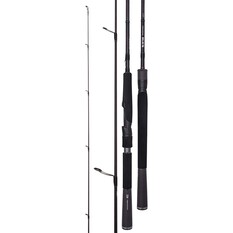 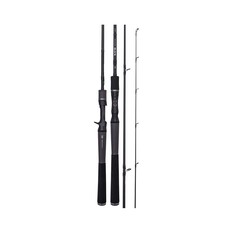 Own it now, pay later

This is a Bulky item
Bulky products are those with either a high weight or large cubic volume and are not included in the Free Shipping over $99 Offer.
Facebook Twitter Pinterest Email

Daiwa's exclusive HVF Nanoplus graphite blanks combine High Volume Fibre graphite with nano-technology resins to produce a blank which is lighter, more durable and most importantly more sensitive. Following on from standard X45 construction, X45 Cobrashield further reduces blank twist under load and also improves blank responsiveness when casting and working lures. The result is a more stable rod blank, which is more responsive.
TD Black rods also feature the latest in Daiwa's AIRSENSOR range of reel seat designs. Exclusive to Daiwa and designed by Daiwa's global team of engineers the new AIRSENSOR reel seats are 40% lighter than a conventional reel seat design, and transmit vibration much better, allowing the angler to feel more!
Fuji K Frame Alconite guides have been a staple of the TD BLACK family since it was introduced. Tangle-free performance and slick line flow aid in casting distance and minimise tangles.
Cosmetically the TD BLACK series looks like a rod double its price point. Daiwa's ability to create a design which is not only unique but also functional is second to none. The clever use of sculpted carbon fibre within the grip is positioned away from where it could be easily damaged by rod holders.